Cookie preferences
This website uses cookies, which are necessary for the technical operation of the website and are always set. Other cookies, which increase the comfort when using this website, are used for direct advertising or to facilitate interaction with other websites and social networks, are only set with your consent.
Configuration
Technically required
These cookies are necessary for the basic functions of the shop.
"Allow all cookies" cookie
"Decline all cookies" cookie
CSRF token
Cookie preferences
Currency change
Customer recognition
Customer-specific caching
Individual prices
Selected shop
Session
Comfort functions
These cookies are used to make the shopping experience even more appealing, for example for the recognition of the visitor.
Note
Statistics & Tracking
Affiliate program
Google Analytics
Track device being used
Categories
Information

Your Gut May Hold the Key to Better Brain Health

Your Gut May Hold the Key to Better Brain Health

The secret to improving your mood and brain health is in your gut, as unhealthy gut flora can impact your mental health, potentially leading to issues like anxiety, depression, auto-immune disorders and more.

You’ll never get rid of all the bad bacteria, nor is it necessary. You only need to strive for balance between the good guys and the bad guys for optimal health.

The impact of your microflora on your brain function has again been confirmed by UCLA researchers who, in a study published in the peer-reviewed journal Gastroenterology,found that probiotics (beneficial bacteria) indeed altered the brain function in the participants.

As reported by UCLA: 'Time and time again, we hear from patients that they never felt depressed or anxious until they started experiencing problems with their gut,' Dr. Kirsten Tillisch said. 'Our study shows that the gut–brain connection is a two-way street.'"

You may not be aware that you actually have two nervous systems:

While many think of their brain as the organ in charge, your gut actually sends far more information to your brain than your brain sends to your gut.

Your Gut Microbes Can Affect Your Health in Numerous Ways

Besides research implicating gut bacteria in mental health and behaviour, other research has shown that your microbiota also has an impact on:

Your Gut Flora Is Constantly Under Attack

Although gastrointestinal (GI) turmoil can sour one's moods, everyday emotional well-being may rely on messages from the brain below to the brain above. It is believed that in coming years psychiatry will need to expand to treat the second brain in addition to the one atop the shoulders.

How to Optimise Your Gut Flora

Your gut bacteria are vulnerable to your diet and lifestyle. Some examples of disrupters of the good intestinal bacteria are: diet with too much sugar, artificial sweeteners, refined grains and processed foods; non organic animal products; antibiotics; protein deficiency; heavy metal exposure; anti-bacterial soap; over acidity of the body; and stress.

Considering the fact that an estimated 70 percent of your immune system is located in your gut, reseeding your gut with healthy bacteria is important for the prevention of virtually all diseases, from colds to cancer. To do so, consider adding traditionally fermented, unpasteurised foods to your diet:

Ideally, you want to eat a variety of fermented foods to maximise the variety of bacteria you’re consuming. Some people believe that dairy fermented foods is all they need to supply the intestines with enough bacteria. The truth is there is a good chance your body does not assimilate or even tolerate dairy products and even if it does, you will need to eat raw cheese to benefit from the good bacteria in it. Pasteurised dairy does not contain live bacteria (including milk and commercial yogurt. Most cheeses are pasteurised too).

If you can’t eat enough of these foods to make a difference in your digestive health, consider taking a good probiotic supplement like Vita Biosa with herbs, Vita Biosa with Rose Hip, Miso and Tamari, as well as digestion enhancement enzymes and prebiotics like Baobab powder, Yacon Syrup or Mesquite powder which are edible but indigestible carbohydrates that stimulate the growth and activity of beneficial bacteria like bifidobacteria and lactobacilli in the colon. Unlike probiotics in which beneficial strains are introduced into the gut, the aim of taking prebiotics is to promote the growth of good bacteria that are already in the gut by increasing their food supply. Hence, taking probiotics and prebiotics are complementary. 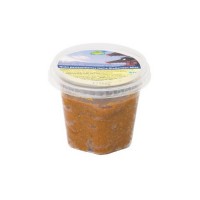 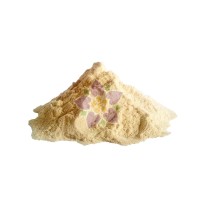 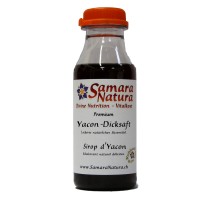 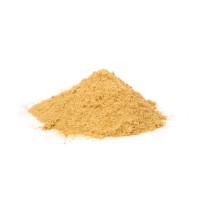 Organic Mesquite Powder
Content 250 Gramm (CHF5.52 * / 100 Gramm)
From CHF13.80 *
This website uses cookies, which are necessary for the technical operation of the website and are always set. Other cookies, which increase the usability of this website, serve for direct advertising or simplify interaction with other websites and social networks, will only be used with your consent. More information
Decline Accept all Configure